Looking for some good news in the fight against fraud? Here’s one credit union’s story of how it quickly protected members from fraudulent transactions and prevented weeks of losses.

In November 2015, the anti-fraud staff at Elevations Credit Union in Boulder, Colorado, discovered something suspicious. Jessie Haley, Fraud Specialist for Elevations, found it odd that 24 of the credit union’s members’ Visa cards were used within the same narrow time span, and there were other earmarks of fraud. Based on her research and the FICO Fraud Manager used by Elevations CU, Haley confirmed that the cards had most likely been compromised.

With the 24 suspicious cards identified, Haley took the next step in refining her investigation, which was to utilize the fraud forensics capabilities included in Elevations CU’s subscription to CO-OP Revelation. CO-OP Revelation’s fraud analysis almost immediately determined where those cards were used and the frequency of use over the previous 13-month period. “The analysis concluded that there was an 83.3 percent chance that a Safeway store in Longmont was the common point of compromise,” said Haley.

This led to the immediate canceling and reissuing of all 24 compromised cards.

Tracking down the suspect cards and other possibly compromised cards was even more urgent because the card data was used to create fraudulent cards that made cash withdrawals on the same weekend from members’ ATM accounts. The ATMs were all located within a one block radius in Denver, about 37 miles south of Longmont. Perhaps not surprisingly, as well, all of the affected Safeway shoppers lived in Longmont.

The investigative journey that solved the mystery of the compromised Visa cards began with that fraud forensics analysis. In addition, CO-OP Financial Services worked closely as an adviser to Elevations CU during the fraud analysis process.

According to Tim Weaver, Product Manager for CO-OP Revelation, it only took a few minutes to determine that the Safeway store was the common point of compromise. With another click of the button CO-OP Revelation, in concert with Elevations CU’ core processing system, identified an additional 131 cards that were used at the same Safeway store, cards that were certainly vulnerable to compromise.

Weaver says a manual search could have taken 10 hours or 10 days based on the volume of cards that had to be analyzed. “During this time, the card thieves could have accessed hundreds of ATMs and stole thousands of dollars from the credit union’s members, money for which the credit union or its insurance company would have been responsible to repay,” said Weaver.

Instead, CO-OP Revelation fraud forensics allowed Elevations CU to get in front of what could have been a much larger volume of fraud by finding the potentially compromised cards quickly and allowing the credit union to move immediately into its fraud mitigation program.

In credit card fraud cases, time is critical and one of the key benefits provided by CO-OP Revelation is its ability to rapidly identify a common point of compromise or purchase. This streamlines the process of identifying cards in a credit union’s portfolio that could be compromised.

This is accomplished by leveraging cards that a credit union has already determined to be compromised – in this case, the 24 cards that came to Haley’s attention. With CO-OP Revelation fraud forensics, credit unions can evaluate the transactions performed by the compromised cards to find shared purchasing patterns – i.e., cards used at the Safeway store – as a common point of compromise. Once a credit union has identified the breached merchant(s), it can quickly reveal other at-risk cards in its portfolio and take the necessary mitigation steps.

How were the cards compromised?

To the Elevations CU fraud team, it was apparent that the payment card theft was being conducted by fraudsters who used skimming devices secretively installed in the card slots of the supermarket’s self-checkout lanes. “The stolen information included card number, account data and PIN copied from the card’s magnetic strip and was used to create the fraudulent cards that were used to withdraw cash from the members’ ATMs in Denver,” said Haley.

With the confirmed ID of the 24 compromised cards, Elevations CU contacted Visa, which in turn contacted the affected merchant. Visa then conducted its own investigation to determine when the fraud activity started and stopped, and what other Visa cards might have been compromised by the fraudsters. The investigation ultimately uncovered a total of 215 Visa cards at risk of compromise held by Elevations CU members.

Although Elevations CU knew the compromise was first discovered at a Safeway store in Longmont there was, by policy, no direct communication between Elevations CU and Safeway corporate. Instead, once Visa concluded its investigation, it notified Safeway of the fraud activity in the Longmont store and concurrently notified its card issuers, including Elevations CU – bringing the process full-circle.

Once the formal notification was made by Visa, Elevations CU immediately notified all 215 members holding the potentially compromised cards of the problem and that they would be receiving replacement cards. The entire process from when Haley first discovered the potential compromise until Visa notified Safeway and the card issuers was about 2.5 weeks, a relatively short time for finding and addressing payment card fraud, which can sometimes take months. “This saved Elevations CU weeks of potential fraud transactions and losses,” said Weaver.

You can read and download the complete case study of Elevations CU’s use of CO-OP Revelation to fight fraud by clicking here. 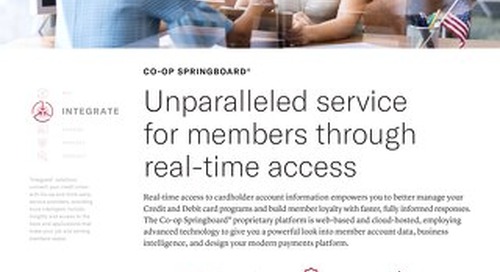 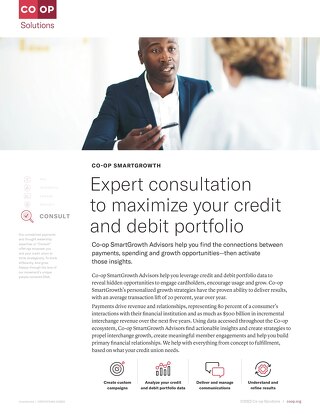 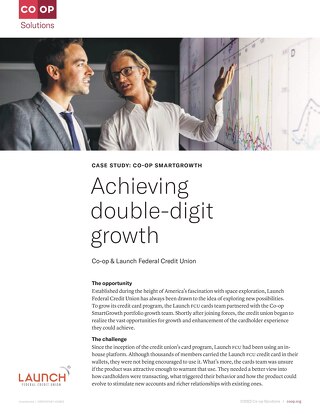 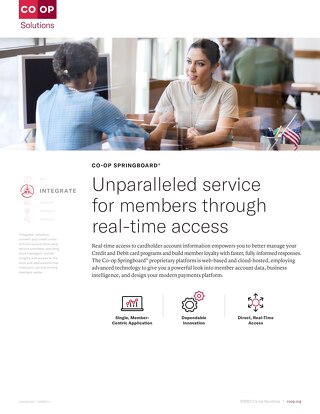