Home » Blog » Do Your ATMs Have What Digital Consumers Demand?
× Share this Article

Do Your ATMs Have What Digital Consumers Demand?

Even as new forms of electronic payments explode on the scene, we continue to hear it: Cash is king. Consumers rely on it. In fact, a new survey found nine out of 10 consumers used cash in past six months while just over half used digital payments in that timeframe. Experts from across the landscape, domestic to international, agree a cashless society would be rife with problems.

For the banked consumer, the ATM is the most popular means of getting to their paper money. ATM Marketplace recently surveyed 1,000 ATM users and found nearly a third of U.S. consumers use an ATM at least once a week.

As one of the earliest use cases for digital transformation, the ATM has evolved over its fifty years in existence to offer even more than cash withdrawls. Network innovators, like CO-OP Financial Services, continue to push the boundaries of the now-ubiquitous channel. They view the ATM as a golden opportunity to provide even more seamless, even more secure financial experiences to consumers.

“The ATM presents a great innovation model for the industry,” said Todd Clark, President/CEO of CO-OP. “It’s half a century old, and yet ongoing innovation keeps the device a critical touchpoint for consumers. CO-OP – provider of the nation’s largest credit union-owned network of ATMs – is offering enhancements for terminal driving services as part of our own continuous iteration of the platform.”

So what does the digital consumer want from the ATM? Trends indicate preferences fall into four basic categories:

Crunched for time, ATM users increasingly value touchscreens and simple navigation. A growing best practice is a screen that echoes a smartphone display so that digitally-driven members are presented with a familiar experience.

Features, too, should be intuitive. One example of an ATM feature that provides a fast, simple experience is the upfront balance inquiry option. This type of feature allows members to perform a balance inquiry before making other transactions.

Consumers are increasingly concerned about the security of their money. According to ATM Marketplace, skimming and other scams have shaken public trust in the safety and security of ATMs. Therefore, it’s more important than ever for ATMs to inspire confidence.

As PINs and passwords become more cumbersome and less effective, consumers are beginning to question their value at the ATM. Biometrics seem to have captured their curiosity as a possible alternative. A recent survey found 34 percent would like to see a fingerprint, palm print or facial recognition technology eventually replace PIN entry.

While the industry works toward that goal, it’s important to continue making incremental improvements in the security of the ATM. Even simple adjustments can add to the confidence consumers have in their self-banking experience. CO-OP ATMs, for example, can now be configured to return a credit union member’s debit card before dispensing the cash requested. This dramatically reduces the number of cards inadvertently left behind for the benefit of an opportunistic thief.

The Internet of Things, smart devices and 24×7 connectivity has generated an “always on, always connected” anticipation among ATM users. That expectation goes beyond cash withdrawls. Financial consumers are increasingly demanding that self-service go farther, seamlessly integrating with their in-branch, at-home or on-the-go banking experiences.

Nearly 40 percent of consumers polled said they’d like to make deposits at the ATM and have them instantly credited to their account. Another 32 percent said they’d like a check-cashing solution from their ATM. A growing number of consumers are interested in even more complex transactions at the ATM, such as loan applications, account opening, cashier’s checks and replacement card requests.

When asked how important access to a fee-free ATM was to them, nearly 80 percent of the 2017 ATM Marketplace survey respondents said it was either very important (34%) or essential (45%). What’s more, 77 percent report that every ATM they visit must be fee-free, even if it means having to go further to find one.

For credit unions, this represents a massive opportunity to capitalize on a competitive advantage. That’s because nationwide, it costs consumers an average of $4.69 to withdraw money from an out-of-network ATM. That’s up 2.6 percent from just a year ago!

Although the ATM is farther down the road in its digital transformation journey, it remains a legacy channel, one that must continuously evolve to meet the needs of the digital consumer. CO-OP’s ongoing evolution of this self-service banking channel, including enhanced member experience tools and sophisticated teller automation, will be an important part of our commitment to empowering credit unions with the tools to compete in a rapidly-transforming digital environment.

The original article Do Your ATMs Have What Digital Consumers Demand? can be found on Insight Vault. 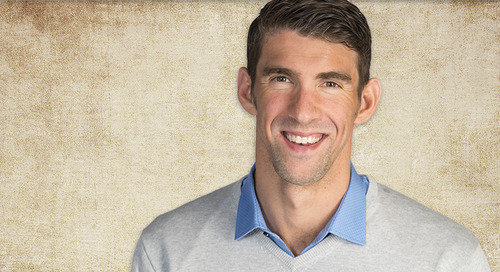 Michael Phelps is the most decorated swimmer in history and he’s heading to the THINK 18 stage to share his... 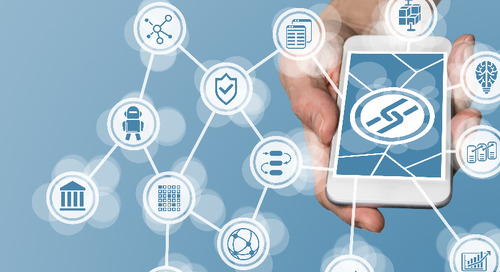 5 MUST-READS: Is This Really Innovative?

×
Thank you!
Error - something went wrong! 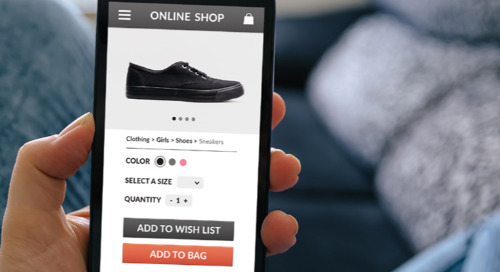 What’s in store for 2023? Here are 5 Spending Predictions for the New Year

From lingering pandemic-era supply chain issues, rising inflation, and ongoing Fed rate increases to the war in Ukraine, tech company layoffs, and a volatile stock market, 2022 was an eventful year... 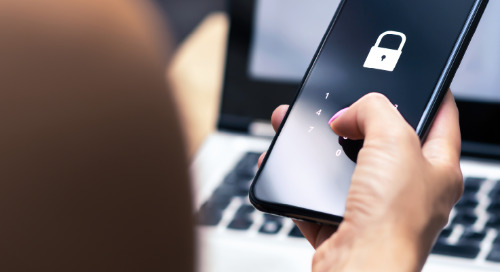 Fraud is top of mind for credit unions, and for good reason. U.S. consumers lost a record $3.56 billion to online fraud in the first half of 2022, and credit card fraud is projected to increase at... 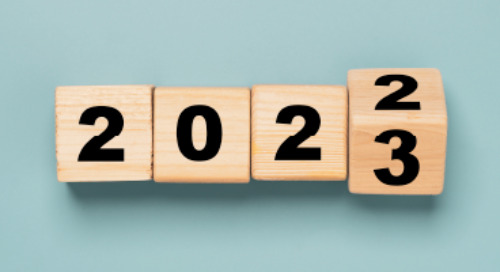 Looking Back and Looking Ahead: 2022 - a Year of Accomplishments for Credit Unions

As we look back on 2022, it’s important to appreciate our movement’s successes and growth, while also recognizing areas of future opportunity. In 2023 and beyond, our collective focus must be on... 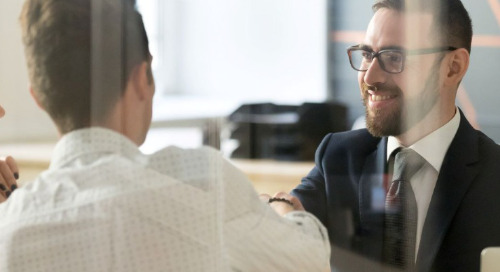 The Branch of the Future Offers Freedom of Choice

In 2022, credit unions across the U.S. opened branches as banks shuttered them. Dr. Kathy Snider, Senior Vice President, Engage Products, for Co-op Solutions offers her take on how credit unions... 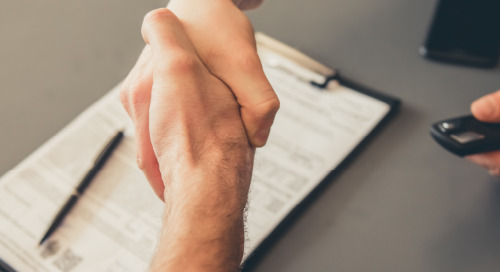 Lending products have long existed as bread-and-butter offerings for most credit unions. To provide borrowers with the most attractive lending options, however, credit unions need to apply the same... 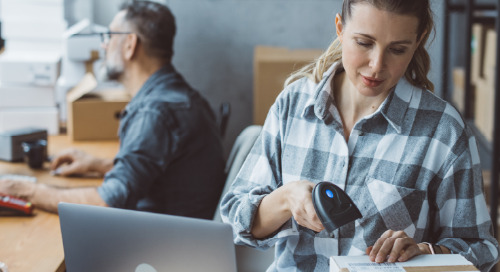 Business credit cards are an untapped opportunity for credit unions

The U.S. small business sector represents a huge and growing market opportunity for credit unions—one that is largely underserved by big banks and other financial institutions. Business credit cards.. 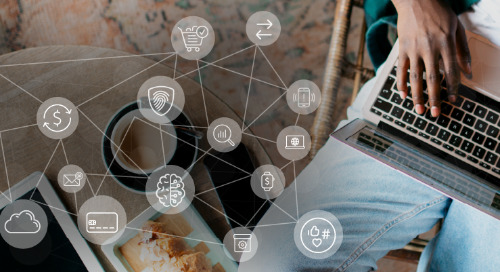 A Digital Ecosystem Built for Personalization, Speed and Scale

Learn more about how Co-op's digital ecosystem allows credit unions to choose among the best technology and digital solutions that meet their specific needs, and manage them —securely, conveniently... 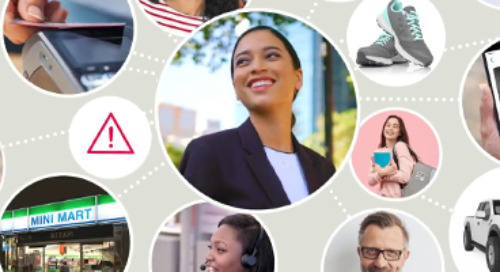 Throughout the year, Co-op has brought you information on the latest industry trends, provided access to exclusive research and offered tips from our experts and strategic advisors to help credit... 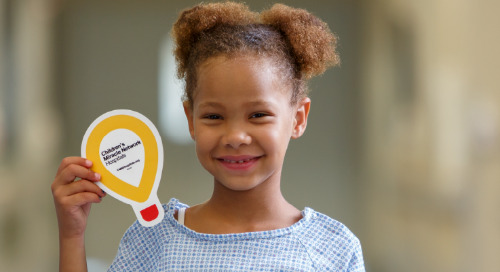 Together, We Raised $4 Million for CMN Hospitals This Year

As we celebrate the season of giving, we are reminded of the amazing contributions credit unions make each year to their local communities. Once again in 2022, Co-op Solutions and its partnering... 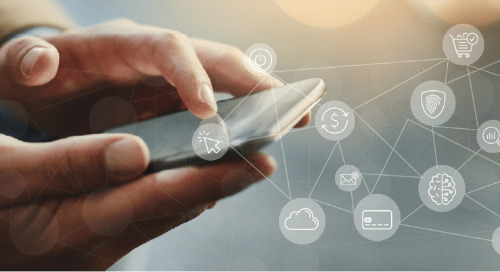 For the Financial Health of Members, Credit Unions Must Become Major Players in the API Economy

Designing the “seamless” digital experience that financial consumers expect ironically requires attention to seams. Behind today’s smooth, enjoyable and secure transactions are thousands of threads of 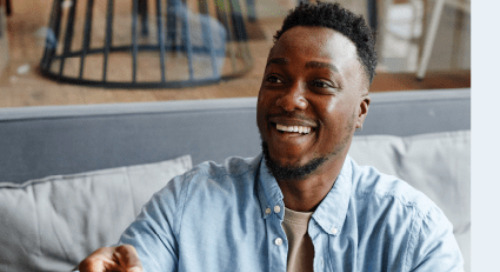 Strategies for Credit Unions to Build Member Relationships through Payments

Fintechs are capturing more of members’ daily interactions. Through payments, credit unions can not only increase non-interest income, but also secure stronger member relationships and capture 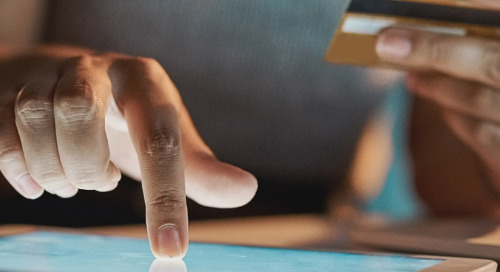 Becoming more strategic in selecting a debit card network is one way credit unions can address three of the movement’s most pressing priorities: Earnings, Expenses, and Experience. Co-op understands 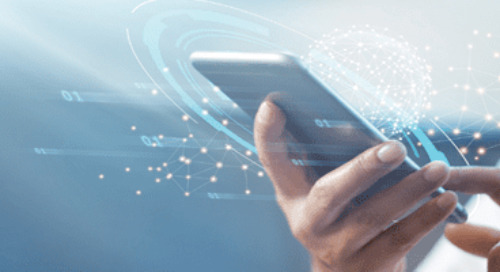 Co-op is committed to supporting our partner credit unions by delivering seamless, omnichannel experiences that meet members’ evolving daily needs and help them address their biggest concerns in the 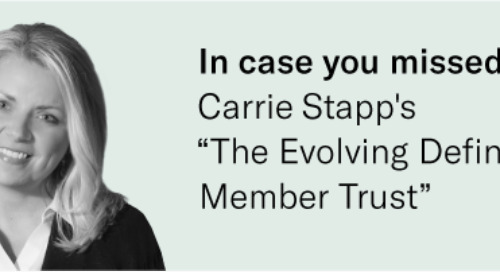 Now is the Time to Adapt to Changing Member Trust

The once-inextricable link between trust and long-term financial relationships may be fading. Co-op's VP of Integrated Marketing and Commercialization Carrie Stapp explores what credit unions can do 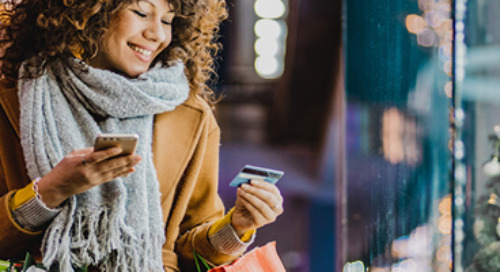 Holiday Spending Predictions: An Early Start and Unpredictability Ahead

Co-op’s SmartGrowth experts share their payment trends and predictions for the upcoming holiday shopping season, along with some recommendations for how credit unions can meet their members’ payment 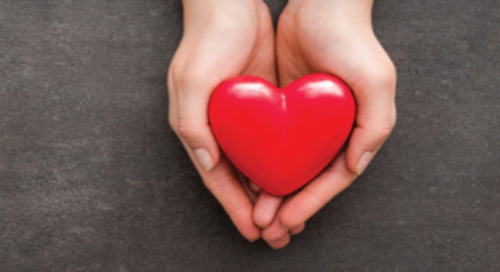 International Credit Union Day is October 20, a time to celebrate the many contributions our movement has made to the communities we serve. Read more about some of the ways that Co-op and our partner 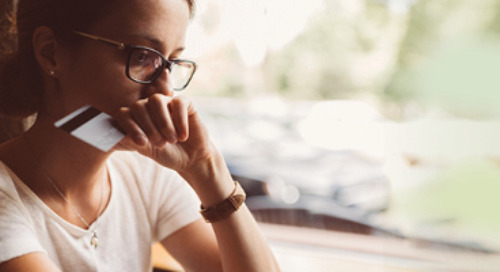 Payment fraud is on the rise, but credit unions have several tools at their disposal to stay one step ahead of the fraudsters. To effectively navigate and respond to today’s dynamic fraud environment, 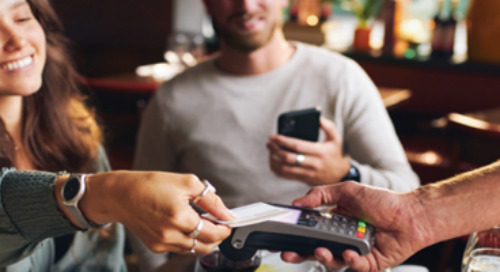 Offering contactless cards presents numerous benefits for credit unions. For one, it accelerates the trend toward cash displacement, which will help reduce cash handling and branch overhead expense 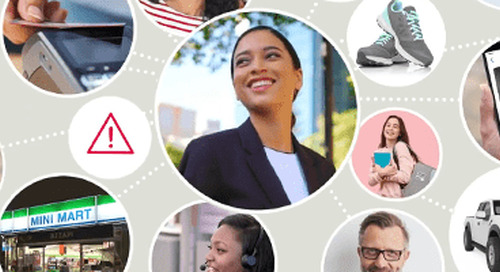 Creating a Better Digital Experience for Members Leads to Growth

Consumers are adopting digital banking at a faster pace than ever before.  Over 45% of respondents to a recent survey identified mobile banking as a top 3 factor in selecting… The original... 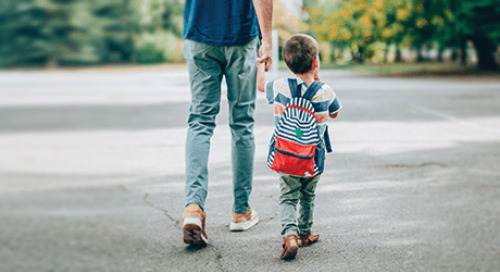 5 Spending Predictions for this Fall

As the summer winds down, the state of the economy weighs on the minds of many.  But the news is not all bad as some measures of economic health have… The original article 5 Spending Predictions...